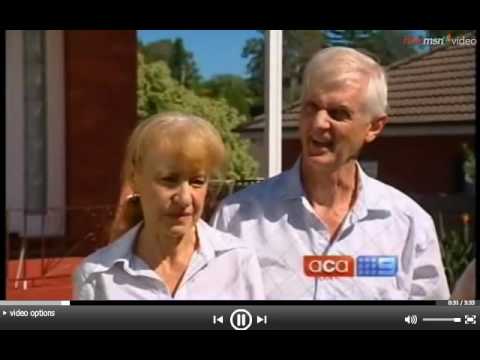 Ray gave THE Best EVER impersonation of some dogs that had terrorised him during his interview on A Current Affair.

The clip will be a worldwide viral hit with a Facebook Fan page in his honour.

Its crazy watching him go nuts with his barking, snarling and growling dog impression while his wife stands casually beside him!! She is certainly use to it! He is certainly going to be a massive star!

‘Rabid’ Ray Graham appeared on the Australian News Program, A Current Affair on Monday, April 12th regarding a story about 2 dogs and the terrified residents of Dan St, Marsfield, NSW (A northern suburb of Sydney, Australia).

Ray was interviewed about the 2 dogs in question, Rocky and Tyson and lets just say he did his best impersonation.