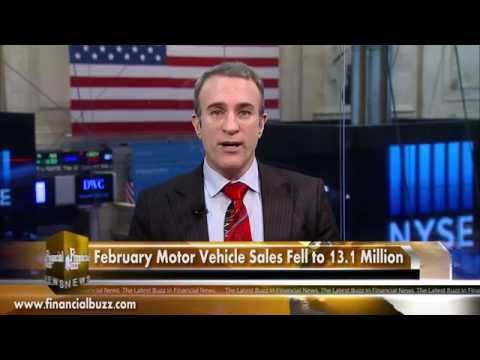 On Monday, the Nasdaq closed above 5,000 for the first time since the dot-com crash in March of 2000, while the Dow Industrials and the S&P 500 hit record highs. The ISM manufacturing index for February dropped to 52.9, the lowest level since January of 2014. Personal income for January increased .3% and personal spending fell .2%. The People’s Bank of China cut benchmark interest rates by .25%, in an attempt to halt deteriorating economic conditions in that country.

On Tuesday, motor vehicle sales for February were down, with domestic vehicle sales coming in at 13.1 million, 300,000 units lower than January, and likely due to bad winter weather.

On Wednesday, the ADP employment report for February was down 38,000 to 212,000, slightly below expectations. The ISM non-manufacturing index for February was up slightly to 56.9, pointing to continued strength in the services sector.

On Thursday, the European Central Bank announced they will begin asset purchases next week of 60 billion euros a month. Jobless claims for the week ending February 28 rose 7,000 to 320,000, higher than expected.

On Friday, the highly awaited employment report came out for February and nonfarm payrolls were 295,000 up 56,000 and the unemployment rate down .2% to 5.5%. Market were down on the news, fearing that the Fed will hike rates sooner due to the strong job numbers.

GoPro, Inc. shares tumbled at the start of this week, closing below .00 on Monday, down nearly 5%, after Chinese electronics giant Xiaomi release their Yi Action Camera, a waterproof camera designed to compete with GoPro. Xiaomi’s new camera is currently only available for
sale in China and costs only , less than half the cost of GoPro’s cheapest camera.

Lumber Liquidators Holdings, Inc. stock slid the entire week following a report on CBS’s “60 Minutes” showing Lumber Liquidators’ laminate flooring that is made in China contains formaldehyde in greater amounts than permitted by California standards. Formaldehyde, is a known carcinogen. The company claims these accusations were falsely created by short sellers and intends to fight them.

Alibaba Group Holding Limited shares dropped Tuesday after the company came under scrutiny regarding the validity of its sales volume due to “fake” orders placed with the company. At the same time, the Taiwanese government accused the company of violating investment rules by registering through a Singapore-based holding company in order to hide its Chinese ownership.

Alcoa Inc., saw their stock down more than 6% Wednesday after analysts at Bank of America lowered their stock rating from “buy” to “neutral” while also cutting their price target from to . B of A stated that “worsening aluminum fundamentals” was the reason for the downgrade.