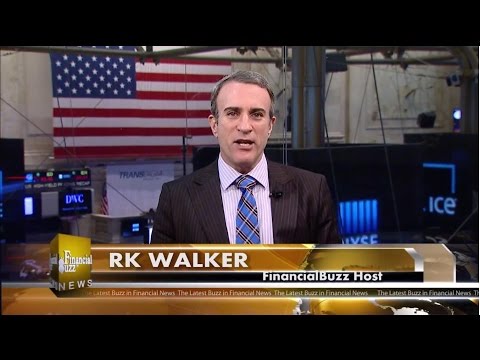 On Monday, markets didn’t have much new economic news to digest, except that the People’s Bank of China had cut interest rates by 25 basis points, the third cut in six months. U.S. Treasury’s continued to rally, and stocks ended the day modestly lower.

On Tuesday, markets remained indecisive, and the only interesting news was the surprise announcement that Verizon is buying AOL for .4 billion in cash. Stocks ended the day down slightly.

On Wednesday, retail sales for April were disappointing, showing no change from the prior month. Most companies in the S&P 500 reported first quarter earnings and 72% beat estimates, with analysts stating that profit grew .2%, better than earlier predictions of a 5.8% decline. So far, for this year, the S&P 500 is trading with a 125 point range, the tightest trading range in almost 10 years.

On Thursday, jobless claims for the week ending May 9th were
264,000, down 1,000 from the prior week, below expectations, and at the lowest levels in 15 years. The producer price index for April was down by .4%, also lower than expected. The Euro continued to gain strength against the dollar. Markets responded with a strong rally, with the S&P 500 closing at a new high, and the tech-driven Nasdaq, closing up 69 points or 1.39%.

On Friday, industrial production for April fell .3%, after a decline of .3% in the prior month. This marks the fifth straight month of declines. Capacity utilization in April also fell to the lowest level in over a year at 78.2%, down from 78.6%. Markets didn’t do much on the news. Now let’s take a look at some stocks.

General Motors Company shares spiked down Tuesday after the company issued a another recall, this time for approximately 522,000 vehicles. The new recall will affect Chevrolet Malibus between the years of 2011 and 2012 and Chevrolet Colorados and GMC Canyons from 2015. The recalls cover various seat and seat belt defects.

Shake Shack Inc. shares soared nearly 10% during pre market hours Thursday after their first quarter financials surpassed analysts forecasts. Shake Shack reported a profit of {videoDescription}.04 per share with revenue of almost million; analysts had expected a loss of {videoDescription}.03 on million of revenue. Also of interest is same-store sales increased by a healthy 11.7% during the first quarter while analysts only expected growth of 5.1%.

Wal-Mart Stores Inc., in an effort to compete with Amazon, announced they will begin testing a new unlimited delivery model for online shoppers that will be priced cheaper than Amazon Prime’s membership fee, at only per year. The testing is expected to begin this summer.

Kohl’s Corp. shares traded down more than 11% on Thursday after their first quarter earnings report showed a lower-than-expected same-store sales figure, primarily hurt by the cold February weather. Kohl’s reported same-store sales grew only 1.4% while analysts forecasted, on average, a growth of 2.6%.